The Mughal war machinery never stopped. Over the centuries, their expansion plans continued to absorb more and more territory, and turned it into a vast empire. However, they did come across some very defiant and brilliant kings and generals, who not only stopped the Mughal juggernaut in its tracks but are responsible for shaping the country and region, as we know it today. 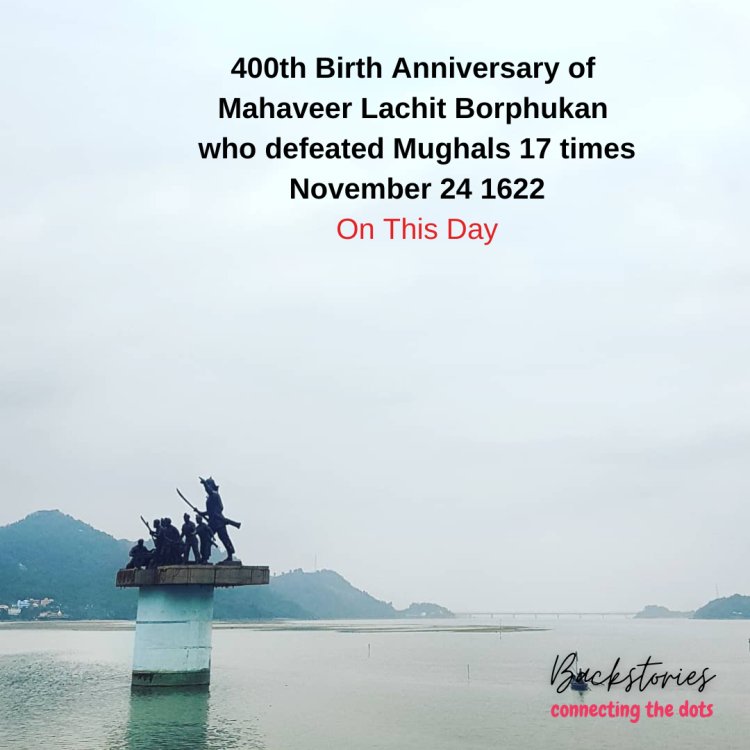 Born on 24 November 1622, Lachit rose to become the Commander in Chief of Ahom Army and was awarded the position of Borphukan by Raja Chakradhwaj Singha of Ahom dynasty.

His father was Momai Tamuli Borbarua, a bonded labour for a debt of four rupees, but later rose to become one of the most prominent ministers of Raja Prataap Singh’s court and made massive and progressive changes in administrative system of Ahom rule.

The year was 1671 and the decisive battle of Saraighat was fought on the raging waters of the Brahmaputra. On one side was Mughal Emperor Aurangzeb's army headed by Ram Singh of Amer (Jaipur) and on the other was the Ahom General Lachit Borphukan, who made his way into history books that year. 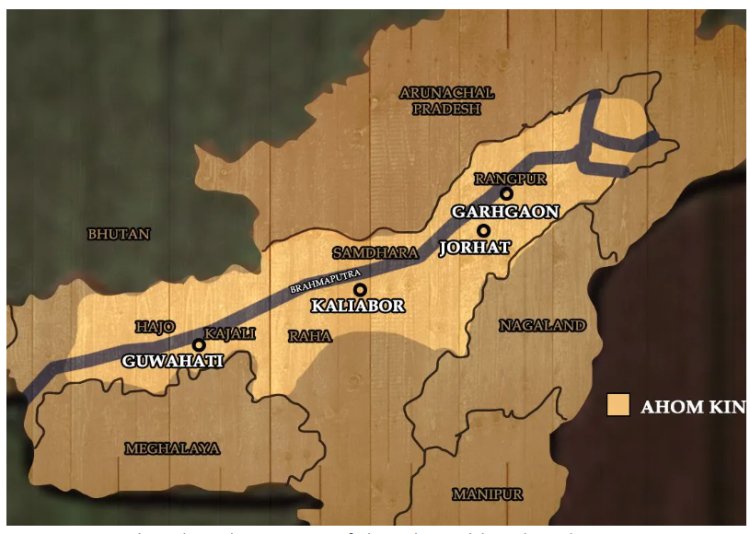 To understand the story of Lachit Borphukan’s triumph over the Mughals, it is important to get some context of the history, geography and politics of Assam. The kingdom of Assam comprised of a stretch of land 600 miles wide, along the banks of Brahmaputra river. It was surrounded by high hills and thick forests. The capital was at Garhgaon in present-day Eastern Assam, while a viceroy known as Borphukan administered from Guwahati. Thick forests, rivulets and the tough terrain meant that they were hardly any roads. All transport, as well as trade, took place over the river Brahmaputra. It was the lifeline and so the entire length of the Brahmaputra was protected by a series of powerful forts.

The Ahom kingdom was established in 1228 CE, by Chao Lung Siu-Ka-Pha from a Shan tribe from Yunnan, China. In fact, both the dynasty’s name ‘<em>Ahom</em>’ as well as the region’s name Assam comes from the word Asama or invincible, a local name for this mighty tribe which ruled here for almost 600 years. The Ahoms ruled a rich land. The Brahmaputra valley was rich in timber and elephants and so under constant attack.

Assam was invaded several times by the armies of the Delhi Sultanate in the 16th century with no success. The only invader, who managed to conquer some parts of Assam was the Mughal Governor of Bengal Mir Jumla who had occupied large parts of the Ahom kingdom including Guwahati and the capital, Garhgaon. Yet, within five years, the Ahoms took back control of most of the lost territories.

In August 1667, the Ahom general Lachit Borphukan had recaptured Guwahati. This outraged Mughal emperor Aurangzeb and he sent the Mughal commander Ram Singh of Amer (Jaipur) with a large force in what would be the last Mughal attempt to conquer Assam. 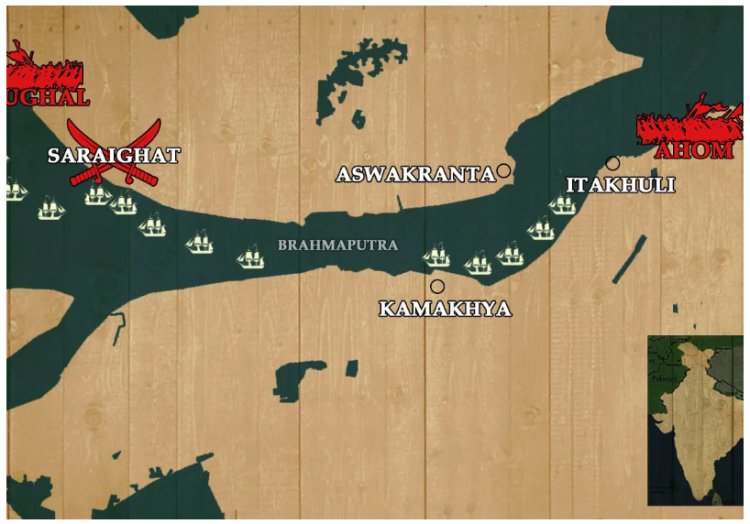 In 1670, the Mughals under Ram Singh’s army comprising of 21 Rajput chiefs, 30,000 infantry and 18,000 Turkish cavalry, marched towards Guwahati through the Brahmaputra river.

Within Guwahati, Lachit was well prepared for the Mughal army and geography helped. The heavily forested and fortified hills surrounding Guwahati provided a ring of defence spanning 25 square miles. Moreover, the fortifications of Guwahati were surrounded by hidden ditches with bamboo pikes, to impale enemy cavalry. The unsuspecting and ill-prepared Mughal army marched into the war zone of Guwahati almost unopposed. They attributed it to Assamese cowardice, without realising the counter plan.

Once in, they became a complacent and easy prey to the planned guerrilla attacks of Lachit and his men. The Ahoms would attack only at night and then retreat immediately. There was even an instance when the Ahom army entered the Mughal camp walking out with all the silverware, they found! So harassed was Ram Singh that he sent off a letter to Lachit demanding he stop these attacks at night, To which Lachit is said to have replied ‘It must be remembered that Lions fight at night.’

Guerilla attacks were part of larger psychological warfare that Lachit and his men planned and the Mughal army was flummoxed by what it witnessed. Rumours were spread claiming that the Ahom army fought at night because it had rakshasas or demons. When the Mughal army head Ram Singh refused to believe this and demanded proof, Lachit is also said to have sent men dressed like demons into the Mughal camp to convince him!

Demoralized and ill-prepared, the Mughal army even tried to make peace on ground, only to be thwarted by the Emperor Aurangzeb who was adamant to destroy the Ahoms.

The final battle was fought in early 1671 when the Mughals made a desperate attempt to break through the fortifications. Lachit who was ill at that time is said to have heroically gotten out of his sickbed, and rowed his boat straight at the enemy. This the chroniclers say, galvanized the Ahom army to such a frenzy that the Mughal forces were annihilated

The battle, which would become known as the battle of Saraighat, was fought on the Brahmaputra. Ahom boats a built an unpenetrable fortification on water placing their boats in a row, one after the other across the breath of the river. The whole of stretch of Bramhaputra flowing through Guwahati between Kamakhya, Itakhuli and Aswakranta became littered with boats and dead bodies. The Mughal flotilla was completely smashed and the Mughal admiral Munawwar Khan shot dead. It was a complete and decisive victory for the Ahoms.

This battle of Saraighat came to be immortalised in Assamese literature and even today, you will find a small village called ‘Sarai’ on the banks of the Brahmaputra where the battle was fought.

Lachit Borphukan of an unknown illness died a year later in April 1672 at the age of fifty. As a mark of respect, the Ahom King Udayaditya Singh built a memorial in his honour in Jorhat, 305 km east of Guwahati. Ram Singh returned to Delhi in disgrace.

And after the victory at Saraighat, the Ahom kings ruled Assam for over 150 years more, that is till the annexation of the kingdom by the British in 1826. 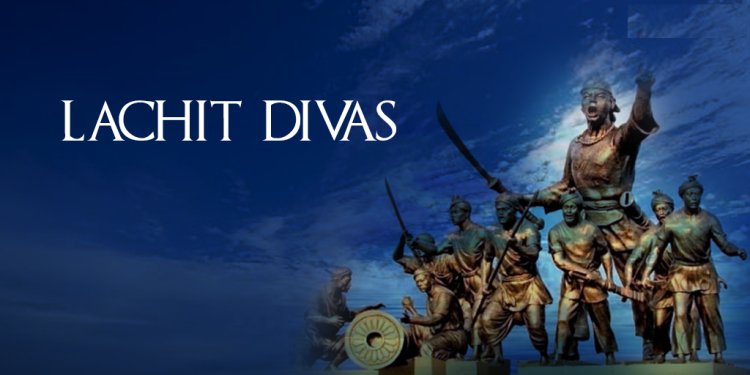 Today, Lachit Borphukan is revered as the greatest military hero of Assam. In 1999, the then Chief of the Indian Army General VP Malik instituted the annual Lachit Borphukan Gold Medal Award for the best cadet of National Defence Academy (NDA). And in 2016, a 35 ft high status of Lachit and his men was inaugurated in the middle of the Brahmaputra, at the scene of his great victory, still so proudly remembered.