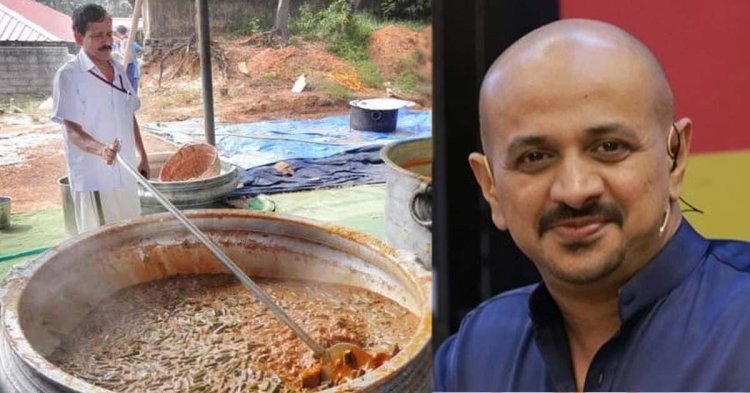 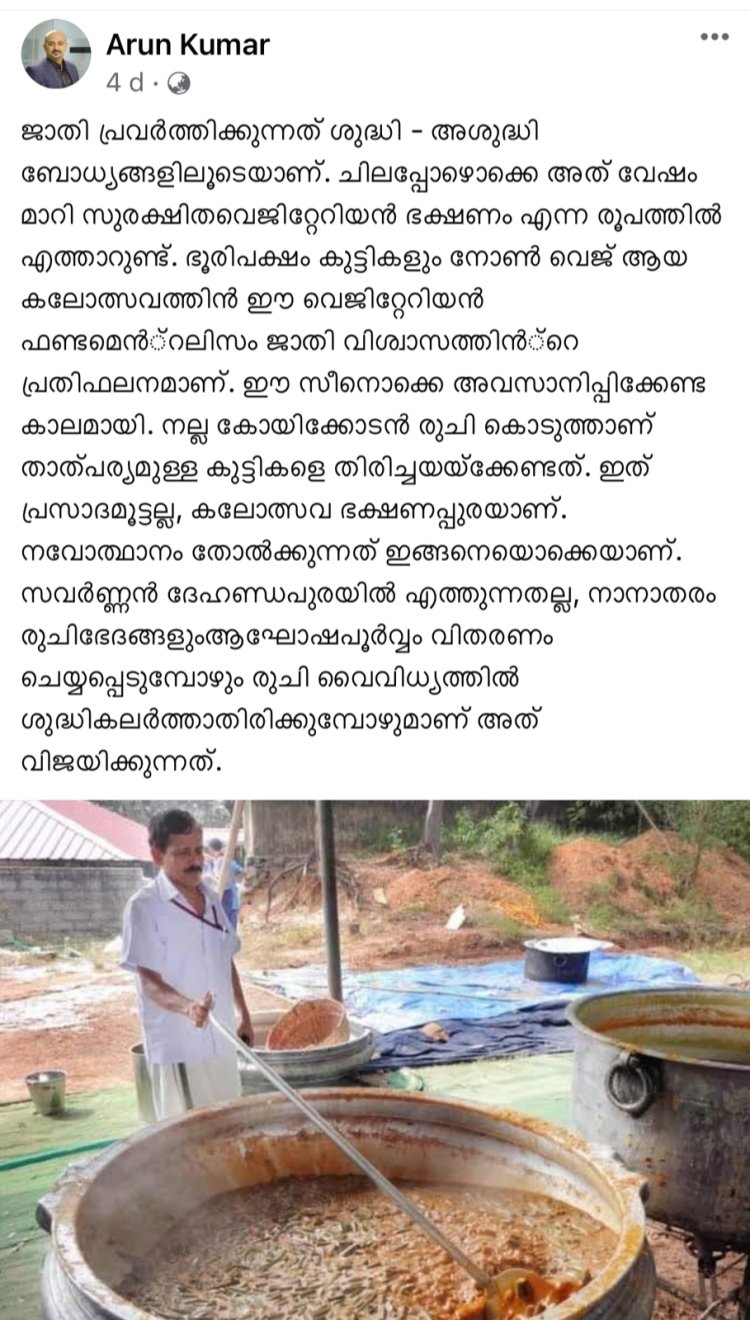 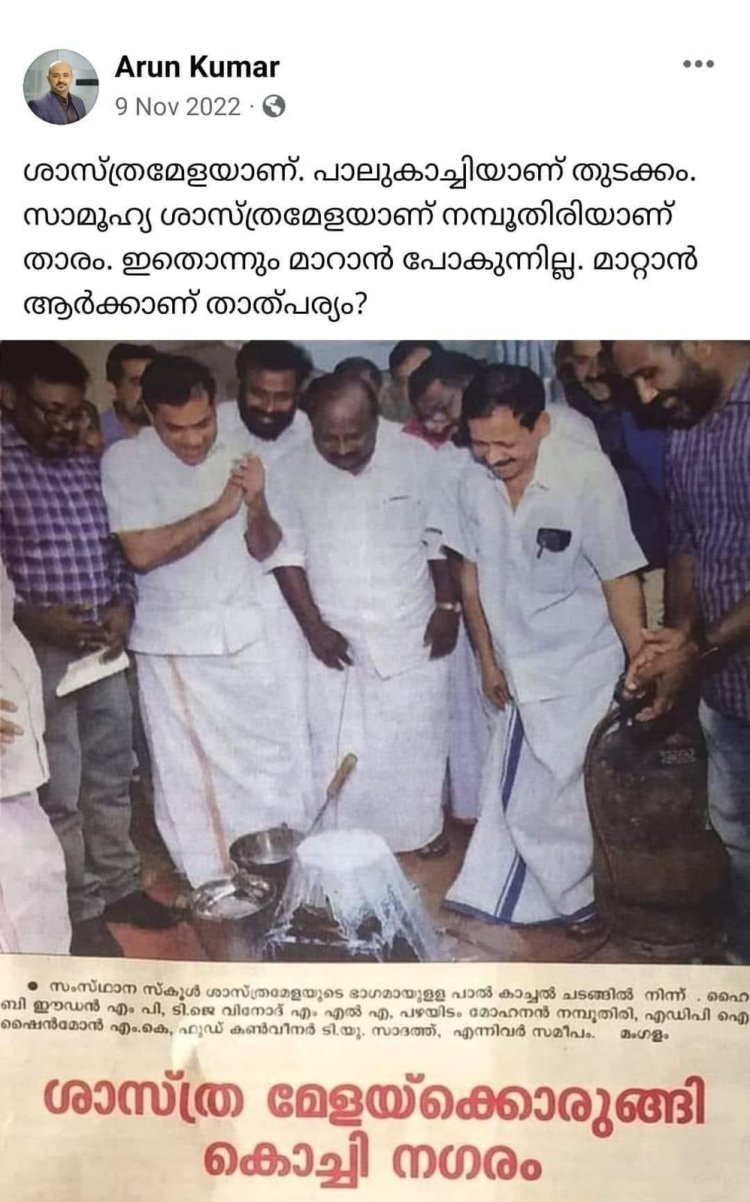 I would like to bring your kind attention towards  an untoward incident happened which caused damage to the communal harmony between different classes of society across Kerala. The incident was all over news and was a topic for prime time debates in leading Malayalam channels. The crime committed by the person post named Arun Kumar through his Facebook is a cognizable offence and demands model punishment.

On 4th Jan, 2023 Mr. Arun Kumar, a well known celebrity media news person and also working as Professor in Kerala University (UGC Govt Servant) posted a hate content on his facebook wall, which is highly venomous in nature and have capacity to create communal tension between castes.He through his facebook post accused renowned chef and caterer  Mr. Pazhayidom Mohanan Namboothiri as an Upper Class Bourgeoisie who is forcibly serving Vegetarian food to all the class of people at the State School Arts Festival held at Kozhikode City, which concluded yesterday. He is also saying,  people from other class of hindu community and other religions may want non vegetarian food also but not available due to the elite class hegemony of Mr. Namboothiri who belongs to an upper class of hindu religion. By serving or making available only one sort of food, Mr Namboothiri is pushing is agenda of Upper Class hegemony to all communities.

The fact is that Mr. Namboothiri is in this business for last 26 years with an impeccable service record in India and abroad for his delicious  culinary skills. Unofficially Mr. Namboothiri has served food to almost 2 crore people in his service which may be number nobody can claim in their name worldwide.

He is the one who wins contract for the same sort of pan kerala basis arts and sports festival as per the contract awarded by the Govt of Kerala for the last 16 years. He fulfilled his duty with at-most sincerity and dedication all the time and in last 16  years, including this year there was not a single complaint. The food menu which is prepared in the school fest is already decided by the Govt authorities and Mr. Namboothiri is not entitled with any powers to alter the same. As the menu and the timing of food is given by the Govt authorities and the Festival Food committee, the contractor who wins the bid is expected to stick to the menu and timing of delivery at decided locations.

By his heinous words, Mr Arun Kumar has abused the position of a media person as well as a Govt servant to create communal divide among people. His actions are cognizable  offence under IPC SECTION 153, 153A, 295. I request your good selves to arrest the person and initiate punishment under relevant sections, so that it should be a model punishment for such people.

CVD and General Arguments in India

Petition : Complaint against the highly divisive and highly polarizing...